Well, we did it!  We traveled with the girls! We were both nervous about different aspects of the traveling, but we made it through and they were rock stars.  Our way home was initially delayed an hour, then after boarding we sat on the plane for another 2+ hours.  All I have to say is, thank goodness I was nutty about over-packing because we ending up using everything I packed in our carry on (thank you Vanessa for pooping 3x in an hour).

There were a few moments of fussing but (thankfully) nothing that couldn’t be solved by a toy/cracker/rest.  They slept through takeoff on the way there, Vanessa thought the turbulence was funny, and they seemed to handle the delays and ear popping better than both Jay and I.

I thought I would share our lifesavers on the flight for anyone interested.  We were really lucky they went with the flow and napped, but for those upset moments here are the things that saved us (times 2)… 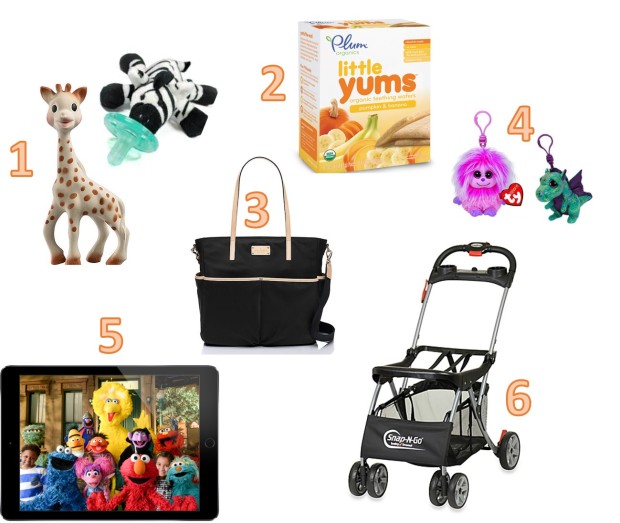 God speed to everyone traveling with a baby, it’s no joke!